The US Program for Swiss Banks vs Swiss Data Protection Laws 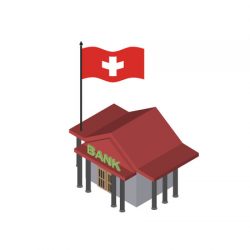 In three decisions of November 2017, the Swiss Supreme Court has confirmed that the “The Program for Swiss Banks” of July 2013, the Joint Statement signed between the Swiss federal Council and the Department of Justice (DOJ) of August 2013 and the Model Authorization of the Swiss Federal Council, do not prevail over the Swiss federal law on data protection.

These decisions show the strong position of the Swiss courts where data protection extends to persons, regardless of their nationality, residing in Switzerland, even when faced with Swiss banks and their agreements with the DOJ.

The Federal court followed the same reasoning to prevent the Swiss bank from transferring personal data of an employee of an asset management company as well as that of three lawyers who acted as financial intermediaries and had a signature power on accounts of an offshore company, held by US clients.

Legal setting of the case

The Program for Swiss Banks (the “Program”) concerns four categories of banks: a) Those which are excluded because they are already subject to US criminal proceedings; b) Those who believe they have breached US tax laws, who can sign a Non Prosecution Agreement (NPA) with the DOJ to avoid criminal proceedings and the last two categories for those who believe they have not breached any US tax laws.

In August 2013, the FINMA encouraged the banks to cooperate with the DOJ by advising them to assess their legal and reputational risks of not participating in the Program.

In a case where a Swiss bank was in the second category and had signed a NPA with the DOJ, the Swiss bank, under its NPA duties had to communicate to the DOJ the names and positions of persons who had structured, managed or supervised cross-border relations with the US as well as the name and position of any person who had managed or advised the client in relation to his/her “Closed US Related Account”.

In August 2014, the Swiss bank informed a third party asset management company (hereafter “X”), managing the account of three American clients of the Swiss bank that it was going to communicate its name and position to the DOJ.

X formally objected to this transmission of its personal data and seized the Swiss courts seeking an urgent injunction in November 2014 to prevent the Swiss bank from transferring any documents or information (in any form whatsoever) containing X’s name or any other personal data to the DOJ.

The above-mentioned request was formalized with a claim on the merits before the civil court in December 2014. 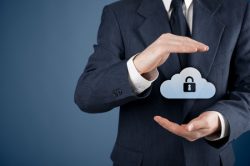 Position of the Swiss Federal Court

X’s claim was accepted by the Tribunal of the first instance and confirmed by the High Court. On appeal of the Swiss bank, the Swiss Federal Court also confirmed the same stating in particular the following:

It is commendable that the courts defend the objective of the Swiss federal law on data protection with its true nature, the private interests of individuals in protecting their privacy vis a vis the authorities, including the Department of Justice of the United States of America.

However, the importance of these decisions should not be overstretched. The balance of interests, in which the interest of a data subject prevailed, was made at a specific moment of the Swiss-US relationships.

Should the US-DOJ come up with new threats against Banks, participating in the Program, including large institutions causing a systemic risk, one cannot exclude that a Court, in a new examination of the Swiss public interest, strikes another balance.